Actors Go Doo-shim and Ji Hyun-woo will preform a romance acting beyond their age difference.

The movie Everglow is about the special love of Jeju diver Jin-ok (played by Go Doo-shim) and PD Kyung-hoon (played by Ji Hyun-woo), who films a documentary with him as the main character.

Everglow delicately persuades that questioning the love story between an older woman and a young man is itself a prejudice and asks questions about the meaning of love beyond the prejudice of age difference, regional difference, and career difference.

For Go Doo-shim, it is the most drastic and bold challenge of her 49 year-old acting career. In her own hometown, Go Doo-shim delicately and deeply portrays the lives of Hanyeo (female divers in the Korean province of Jeju whose livelihood consists of harvesting a variety of mollusks, seaweed, and other sea life from the ocean) representing Jeju Island and the feelings of love that come to an elderly woman.

“No matter how old you are, people have emotions. This movie really shows that. I am really grateful to the director So Joon-moon for allowing Jin-ok to hold onto the line of her emotions, overcome the limits of age difference and prejudice, and welcome an shining moment into her heart.”

Go Doo-shim, who has played the life and love as a woman, will show a stable collaboration that transcends generations with Ji Hyun-woo. In the poster released earlier, the two created a dreamy yet warm atmosphere against the backdrop of Sangsanghwa, the main subject of the movie. 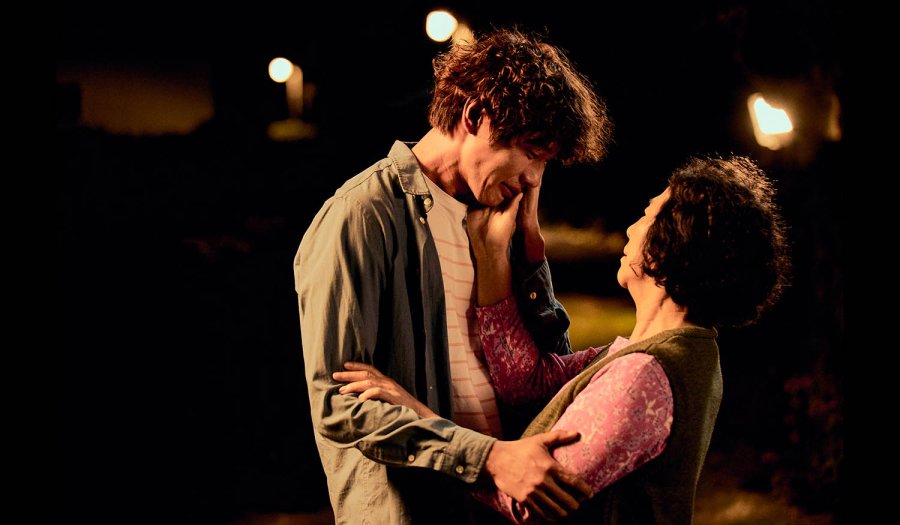 In the poster, Kyung-hoon’s question, “What is love in Jeju Island?” and Jin-ok’s answer, “It’s a turbulent conversation this evening,” amplifies the curiosity about how their love will proceed in the move.